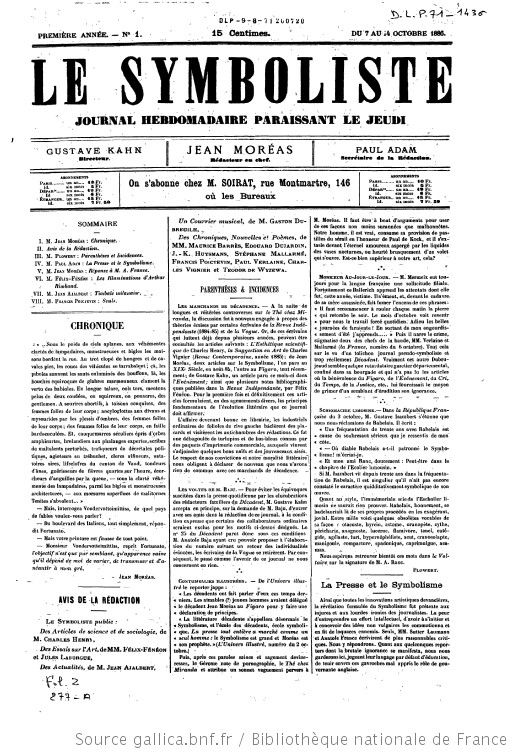 We here at Mutable found this manifesto on the web in the original french, and thought we would do our best to give you an english version. It was originally written by Jean Moreas, a Greek poet, art critic, and essayist who wrote in the french language.

As with all arts, literature evolves: It would be superfluous to point out that every new progressive stage of art corresponds exactly to senile degeneration, at the ineluctable end of the immediately previous school. Two examples will be enough: Ronsard triumphs over the impotence of the last impressionists of Marot, Romanticism unfurls its royal flag on the classical debris badly kept by Casimir Delavigne and Steven de Jouy.

It is because any demonstration of art succeeds inevitably in becoming impoverished, in exhausting itself; then, of copy in copy, simulation in simulation, what was full of sap and freshness becomes dried out and shriveled; what was the new and the unprompted becomes banal and commonplace.

So Romanticism, having sounded all the tumultuous warning bells of uprising, had its days of glory and battle, lost of its force and its favour, abdicated its heroic boldness, became ordered and classified, sceptical and full of common sense; in the honorable and mean-minded attempts of the Parnassians, Romanticism hoped for a false resurgence, only finally, such a monarch had to fall into senile decay, and in the end was only able to be dethroned for the naturalism in which one could grant seriously a value of protest only, legitimate but poorly advised, against the insipidity of some novelists then in fashion.

One waited for a new manifestation of art therefore, necessary, unavoidable. This manifestation, brooded for a long time, has just hatched. And every insignificant practical joke of the cheery-eyed press, all the anxieties of the serious critics, every bad mood of the surprised public in its sheepish carelessness, are only bringing about this actual evolution in french letters more and more every day, this evolution which impatient judges have noted to be, by an incredible antinomy, decadent.

However, decadent literature is principally tough, stringy, timorous and servile: And for what of these reproaches can be claimed as regards the new school?

The abuse of pomp, strangeness of metaphor, a new vocabulary or harmony go together with colours and lines: We have already offered the name of symbolism as the only one able of indicating reasonably the actual tendencies of the creative mind in art. This name can be supported. It was said at the beginning of this article that the developments of art offer cyclical extremely complicated differences: These issues would require a volume of reviews, saying that Charles Baudelaire therefore must be considered the true forerunner of the current movement, Mr.

Paul Verlaine broke his honor in the cruel hindrances to poetry that the prestigious fingers of Mr Theodore de Banville had softened up before him. But the Supreme enchantment is not yet consummated: Enemy of education, declamation, wrong feelings, objective description, symbolist poetry tries to dress the Idea in a sensitive form which, however, would not be its sole purpose, but furthermore that, while serving to express the Idea in itself, would remain subjective.

The Idea, in its turn, should not be allowed to be seen deprived of the sumptuous lounge robes of exteranous analogies; because the essential character of symbolic art consists in never approaching the concentrated kernel of the Idea in itself. So, in this art, the pictures of nature, the actions of human beings, all concrete phenomena would not themselves know how to manifest themselves; these are presented as the sensitive appearance destined to represent their esoteric affinity with primordial Ideas.

The accusation of obscurity that has been made as regards such aesthetics by readers with broken staffs is not surprising. But what do we make of this? This style represents a vainglory which they call Fate of good character and the truth. 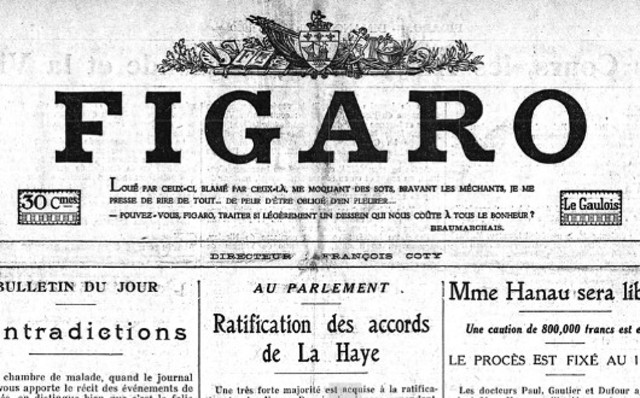 Of what good character? Apparent disorder, nanifesto insanity, passionate grandiloquence are the truth of lyric poetry. To fall in the excess of figures and colour, the evil is not great and it is not thereabouts that our literature will perish. In the most poor days, when it expires undoubtedly, as for instance under the first Empire, it is not grandiloquence and abuse of the ornaments which kill it, it is the platitude.

Taste and the natural are nice things surely less useful in poetry than they think. The Romeo and Moeras of Shakespeare is throughout written in a style as affected as that of the marquis of Mascarille; that of Ducis shines with the happiest and most natural simplicity.

It amounts to saying that in reality the caesura can be put after any syllable of Alexandrine poetry. Also, it establishes that it is acceptable to have poems with caesuras after the sixth, seventh, eighth, or ninth, or tenth syllables, of all manner of variety and diverse placement.

Let us go further: They perish always without ever having been too audacious but rather not having been audacious enough. You do not respect the alternation of rhymes! You know, Mister, that the decadent dare to afford even gaps! But to use this complicated and learned poetry, genius and a musical ear is needed, while with the fixed rules, the symvolist mediocre writers can, by obeying them truthfully, make, alas! Who therefore earned anything in the regulation of poetry?

Whatever misfortune Victor Hugo, that victorious Hercules with his bloody hands, is not an absolute revolutionary. He let live a party of monsters who were his responsibility to exterminate with his arrows of fire! The simulation of Victor Hugo, here is the starting point of french poetry!

But this has become for us a love of servitude which the new poets have copied and sgmbolist in their envy for his forms, the combinations, the chalice, the further habits of Hugo, rather than endeavoring to find the new.

But the young poets have some blood until with eyes battling against monsters they graze by the side of Nicolas Boileau; they claim you in the field of honour, and you are silent ssymbolist Banville! I would have failed in my duty of elder and of lyricist! Prose — novels, news, stories, fancies, — evolves in a similar sense as does the poem.

Elements, seemingly heterogeneous, coincide in that place: Stendhal brings the translucent psychology, Balzac the swelling vision, Flaubert symbolisg cadenzas of sentences in ample volutes. Mr Edmund de Goncourt his evocative modernist impressionism. The comprehension of the symbolic novel is polymorphous: Beings in a mechanical gesture, in shaded moreaz, fidget around the unique personage: This in itself is a tragic or farcical mask, of a humanity nevertheless perfect although rational.

By instants, individual wills manifest themselves; they earn, gather together, spread for a purpose which, attained or missed, disperses them in the primitive elements. No Place to Die.

Other Occasions Not Minded. Live at The Pie House. Big Trouble in Little China. Seven Nights in the Bedroom. How to Tell the Living From the Dead. Befriend us on your favorite sites: Mutable Sound of the Month.

Manifesto of the Month. Gabriel Boyer Harry Polkinhorn J. The The Magazine, The Open End, The Steve Himmer Blog, The SF Site, The Quarterly Conversation, The Review of Contemporary Fiction, Etsy Handmade Blog, The Boston Phoenix, Love and Mathematics, The Boston Globe, Mutable Sound is an online gallery for sound and word located in Chicago, IL. We are dedicated to publishing works in all genres, from the dense and inextricable to the light-hearted and absurd, and release albums that are experiments more than anything else, without being particularly experimental.

We also record a weekly podcast and organize events of a more intimate nature.

Contact us at mail mutablesound. However, these days our manuscript bin is a little overfull. We are also very much still looking for music. You can send your cd-rs to: Join us Join our mailing List: Archives Press The The Magazine,